Some secrets are worth dying for… 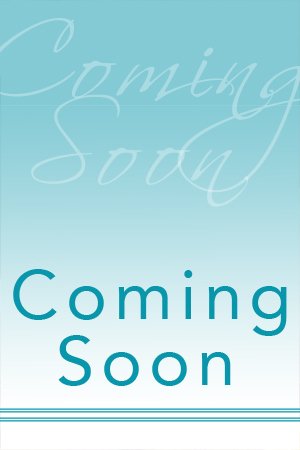 What his mind can't remember, her heart can't forget...

And now for Part Two of Returning With The Elixir: The Road Back. The best way to think of this is really that part where your character turns a corner. Remember, they all start somewhere, leaving to achieve some kind of goal.

They’ve acquired the thing they sought out to get. Sure, they learned new things and had their false impressions straightened out and they’ve faced some setbacks, but it’s time to go home or at the very least, somewhere “safe”. Keep in mind the old saying, “You can never go home again….”

When it comes to how the Road Back applies to your ms, the Road may be a brief moment or an elaborate sequence of events. Almost every story needs a moment to acknowlegde the hero’s resolve to complete the journey and to provide the hero with the necessary motivation to return home with the elixir despite temptations of Special World and trials ahead. Romance is no different. This usually takes form as the “Davie, you have to come home. Dad’s dying.” event.

Basically, the kids have gone to Tiajuana and after surviving Mexican jail, the hooker who stole all their money and waking up naked staked to a cactus, they’ve recovered the car and it’s time to go home. Of course, one of them has met the love of his life, another has discovered TJ is perfect for his excellent gambling skills and the other won several hundred dollars for out-drinking the local guzzler. Why would they want to come home, where they’re not going to be able to take part in thes wonders of themselves and they’re only going to get busted in a big, big way.

Now, several factors are going to make a difference in providing the motivation to go back to the Ordinary World. And it has to be good. The hero is currently in a place where he is powerful and great. He’s not going to want to go. So…kick him in the teeth. “A plateau has been reached and heroes must be pried off that plateau, either by their own inner resolve or by an external force.”

Personal Resolve: The hero has learned the value of keeping one’s word and the lesson that there are often consequences for failing to do what one says they will. (Usually, this shows is something you showed them in that trial phase back there.) “(A) hero may have to escape a pursuing inner demon by changing behavior or undergoing inner transformation.”

Somebody’s Dying: Nothing motivates the content hero like death or impending of someone important or valuable. It’s particularly motivating if that person doesn’t deserve it. The good and the powerful dying not only means that the conscience of the story–typically a mentor who also acts as a guide(Gandalf, anyone?)–is gone, but often, the hero is now called upon to fill their shoes. Lazy heroes do NOT like this and so will move very quickly to stop it. Think of the Aunt in “Twister”.

La Migra!: Or, the crowd with pitchforks. At some point, a hero must face that there are powers that even he cannot overcome–and really, he shouldn’t–and therefore he is chased out of the Special World; if not with his tail tucked between his legs (‘cause how heroic would that be?), laughing all the way home. “In many cases heroes leave the Special World only because they are running for their lives.” In the case of the kids in TJ, it would be a resurgence of the Mexican Police, only this time with full outfit armory. Or if they don’t run, they undergo a change of character. Definitely time to go.

It can fully depend on your story type which motivation works best. The resolution of the plot will come fast and quick afterwards, but this is the point where youre character DECIDES their own fate. It’s greatly important because for much of the journey, heroes are pushed by outside forces into things they don’t want to do. The key moments are when the hero makes a specific choice. Remember, though, the heroes choices will dictate the resolution and they should reflect the change in the hero’s character. Or, you’ve done all of this for nothing.

Dramas will usually have a hero learning his lesson and agreeing to take his punishment for the crimes of his past. “Sommersby”, where Richard Gere accepts the punnishment for the crimes of the man he’s impostering because if he saves his own life, he destroys that of a town, is a perfect example. His character began life as a con-man, a teacher of weak character, a deserter who liked to knock up unwise women and run. The lessons of his story teach him to finally think of others first.

Adventures love to draw on the “Somebody’s Dyin!” approach. I’ll invoke “Indiana Jones and the Last Crusade”, where Daddy Jones takes a bullet to make Indy literally return with an elixir to save his life. It would be great to stay there and have so many questons answered, but he’s got a life to save and no time to do it.

And comedies will almost invariably pull out the “La Migra!” line. Though, more often, they get caught by La Migra and serve their time pleasantly, just waiting for sure success once their crimes are paid for–watch “The Blues Brothers”, “Airheads” and (though not a comedy) “Hustle And Flow” for such uses–but running is always acceptable against truly insurmountable (especially when you deserve it!) odds.

Of course, the enterprising will combine or mix these goals, as long as you understand their purpose, you can maximize their power.
Now, once your hero has decided which direction to go, this is the Climax of Act Two. “This moment in the story…may be the Delayed Crisis spoken of earlier. It could be the moment of greatest tension in Act 2 and should set the story on the final path to resolution in Act 3.” Translation: Whatever your hero decides, there’s no going back now.

Checklist time! The following are some functions Of The Road Back, elements that you can use or are usually expressed to maximize heroic and plot development:

Retaliation: “Heroes often learn that villains or Shadows who are not completely defeated in the crisis can rise up stronger than before.”–Many stories will have a character your hero may have shown mercy on who will get a hero into trouble later because once again, their necks are on the line and they have no loyalty. OR, an enemy will simply resurge, hellbent (literally) on revenge before they go into the great beyond. Does the phrase, “They always come back” mean anything to you?

Setbacks: “Things were going well after surviving the ordeal, but now reality sets in again.” A hero is going to start to realize what a blow it is to have lost someone in their party. Or they are reminded of the price they’ve paid and understand that they still have not achieved everything. Think of the scene in “Detroit Rock City” when the four adventuresome teens come together after the allotted time. Each of them has had an adventure and come away with something that has changed them…but they are still empty-handed concerning the KISS tickets they were after. Truthfully, they’d all get by without, but having come so far, just to fail… well, it’s hard to bear.

Some of the following may happen to your character exiting Act 2. Fill in all that apply or add new ones.

Chase Option 1: “Magic Flight”–the hero sacrifices something of great value (symbolic or magical) to survive chase from enemy or inner demon. Essentially dropping weight off the plane to stay in the air. Such as allowing the heroine to be taken by the bad guy so they can survive to rescue her later in “The Mummy”.

Chase Option 2: “Chase by Admirers”–someone who can try to lure him back to the Special World or someone who will slow ascent back to the Ordinary World. This is often the kind or hot chick a hero will have to leave behind. It hurts, but it has to be done if the hero is really going to get back. My only good example of this is from the Full Metal Alchemist movie, when the psychic girl sees Ed leaving the special world in a rocket ship and calls out to him. He COULD hit the breaks and save her…but even watching her stricken expression, he hits the gas and goes anyway. (Alas, as far as FMA goes, I’ve only seen it in Japanese, so it’s doubtful anyone else has found it here.)

Chase Option 3: Pursuit Of Escaped Villain: “A Shadow captured and controlled in the Ordeal escapes at this stage and becomes more dangerous than before…villains may steal back the treasure…or make off with one of his team members.” The attack by Johnny 23 in “Con Air” comes to mind, the rapist who until now has been controlled, but left alone with the female officer during a huge battle scene and he’s suddenly a much more important enemy.

Now, your hero has faced success, trial, error, and sacrifice. That means he’s most likely ready to really taste trouble.