Some secrets are worth dying for…

What his mind can't remember, her heart can't forget...

• Posted in Uncategorized • |  Be The First To Reply!

I always think I’m not going to do resolutions. They always turn out to be unrealistic (“I’m losing 50 lbs this year for SURE!”, “I’m going to blog every day!”) or devastating when they don’t work out (“…sob, cakes sos goooood, ahm soooo faaaaat, sob, nom, sob, nom”). But, well, the last couple years have been hard. The last ten have had serious issues, but I’ve always gotten past them and worked through it. For the last two, though, the challenges have overwhelmed me, as many of you know because my writing schedule has suffered right along with me.

The most difficult challenge I’m facing at the moment are medical problems. They are why I’ve been “away”–for lack of a better word–from writing and being present online for anything other than my day job. What started out as occasionally crippling pain I could recover from after a few weeks has escalated into daily, unremitting, and constantly growing pain. It has slowly sucked my life into smaller and smaller boxes of what I can and what I can’t do. You can guess which box is bigger. Last year, I had procedures and surgeries and lots and lots of medication added to my sadly restrictive diet. It’s been a struggle to keep up with…well, anything, really. I’ve even had to get a wheelchair, just so I can go places like the grocery store. I can walk, but not far and there’s always a price to pay for every step. As you can imagine, stuff like that can bring a girl down emotionally, creatively and though I’m not sure the word can be used like this, hopefully. My husband, my family and my close friends are the only reason why I’ve been able to keep my chin up through it all- and the truth is, I need a goal. And I think I finally found one.

RWA Nationals is in San Diego this year. I have waited more than 10 years for it to be close to home and it finally is. Even if I can only get there in my wheelchair, I’m going. It’s my challenge for the year. Right next to losing 50lbs and finding a way to exercise. And maybe, God willing, kicking this damn health problem. I’d add RT to the mix, but even I think April will be just too close to be fair.

What about all of you? Resolutons? Goals? Same difference?
Sending hugs,
Dee

I was tagged by the incomparable Sahara Roberts to join this awesome Meet The Character Blog Hop and I’m super excited about it! So allow me to introduce you to Katrina Killian, undercover DEA agent and all around bad girl. 🙂 But first, let’s start with Sahara…

Sahara Roberts is the author of Desire & Deception 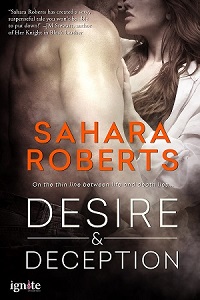 Tessa Marshal agreed to make her last night in Mexico memorable, but she didn’t expect that to include being dragged out of her car in the middle of the night. She wakes up to find herself bound on the floor of a cartel safe-house, having to account for her part in a double-cross.

Kristopher “Kris” Harmon has spent years climbing the ranks within the Mexican cartel. He walks a tight line between vicious drug runners with agendas of their own and working with the cartel leaders he’s trying to organize. Any distraction could prove fatal for him.

Their worlds collide when Tessa is mistaken for a drug mule and taken captive. As time runs out for both of them, Tessa has to reach beyond her fears and trust a stranger while Kris must choose between his lifelong ambitions and saving Tessa’s life. If they want to survive, both must trust that there is more to the other than what meets the eye.

Sahara Roberts spends her days dealing with international trade issues (the legal kind) and her evenings writing romance. Her debut romantic suspense novel, DESIRE & DECEPTION (May 2014) is set in Mexico against the backdrop of the deadly drug cartels.

Sahara lives in South Texas with her husband and two very spoiled cats. She enjoys cooking, baking, and cake decorating, but she would certainly prefer to have someone else do the dishes.

Sahara is currently waiting on the edits for Secrets & Seduction, Book 2 in the Dangerous Desires series, and working on Book 3 in what may be a four book series.

Now onto my own character, the lovely–and naughty–Katrina Killian! 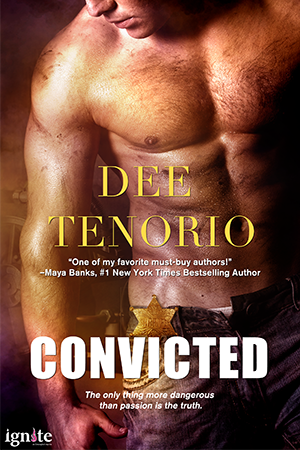 What is the name of your character? Is s/he fictional/historical?
Katrina Killian, a fictional DEA agent embedded in a motorcycle crew in her home town.

When and where is the story set?
Current day California, a small town in the San Bernadino mountains called Marketta.

What should we know about your character?
Strong willed, Katrina is rough around the edges, but genuinely a caring person who defends those in her protection like a feral lion.

What is your character’s goal?
To bring down the motorcycle club, Wheels of Pain, that has been controlling her home town for the last twenty years.

What is screwing up your character’s life (main conflict in writerly speak)?
Unable to get concrete evidence against the club’s leader, Katrina is ordered to manipulate the newest deputy to town for weakness. She’s not supposed to fall in love with him…

What is the title?
Convicted

When can we expect the book to be published or when was it published?
Ooooh, it’s already out! It’s available at all major ebookstores, from Entangled Publishing! 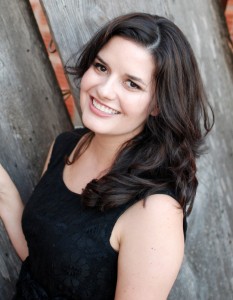 Jodi Linton lives and works in Texas, with her husband and two kids. She can be found cozied up to the computer escaping into a quirky world of tall tales, sexy, tight jean wearing cowboys, and a protagonist with a sharp-tongue quick enough to hang any man out to dry. She is currently at work on her next Deputy Laney Briggs book. 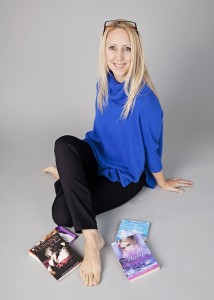 Louise Rose-InnesLouise Rose-Innes writes contemporary romance and romantic suspense. Born in sunny South Africa, Louise is a lover of sunshine and the sea, and this is often reflected in her novels. After completing a post graduate in Marketing Management, Louise headed off to the United Kingdom to gain work experience and travel. She now lives in leafy Surrey with her family, and when she’s not writing, is traipsing through the beautiful countryside, or kayaking on the river Thames.

Convicted Contest: The Law According To Cade Challenge

My new book Convicted is out and can you believe it? It hit Amazon’s Top 25 Suspense list! Wild thanks to all of you that have bought the book and fallen in love with Cade and Trina!

Let’s say we introduce even more!
Take part in
“The Law According To Cade”
Challenge!
First, here’s a list of tweets to help you slip on a the shoes of a certain crusty Marine:

1) “I’m not killing anyone. I’m going to shoot him several times. If he dies, that’s his fault.” #TheLawAccordingToCade ow.ly/AuD4t

2) “If you can’t give me the truth, I don’t want to hear anything at all.” #TheLawAccordingToCade ow.ly/AuD4t #Convicted @DeeTenorio

3) She never liked help. He never gave a shit. It one of the better quirks to their relationship. #TheLawAccordingToCade ow.ly/AuD4t

4) “There’s more than one place to shoot a man.” And he knew all the ones that hurt the most. #TheLawAccordingToCade ow.ly/AuD4t

5) “My tits, my rules.” Well, they’d just see what she said when she found out her ass belonged to him. #TheLawAccordingToCade ow.ly/AuD4t

6) “Sweetheart, I’ll be a Marine ‘til they bury my cold, dead, decrepit ass in the ground.” #TheLawAccordingToCade ow.ly/AuD4t

Even better, you can enter just for sharing about Convicted in many other ways. See the rafflecopter list below and have fun! (Using these tweets counts under “Posting your favorite line from Convicted”)

But, you might ask, what’s in it for you?

Apart from the fun of being Cade for a second, you can win an adorable prize set! 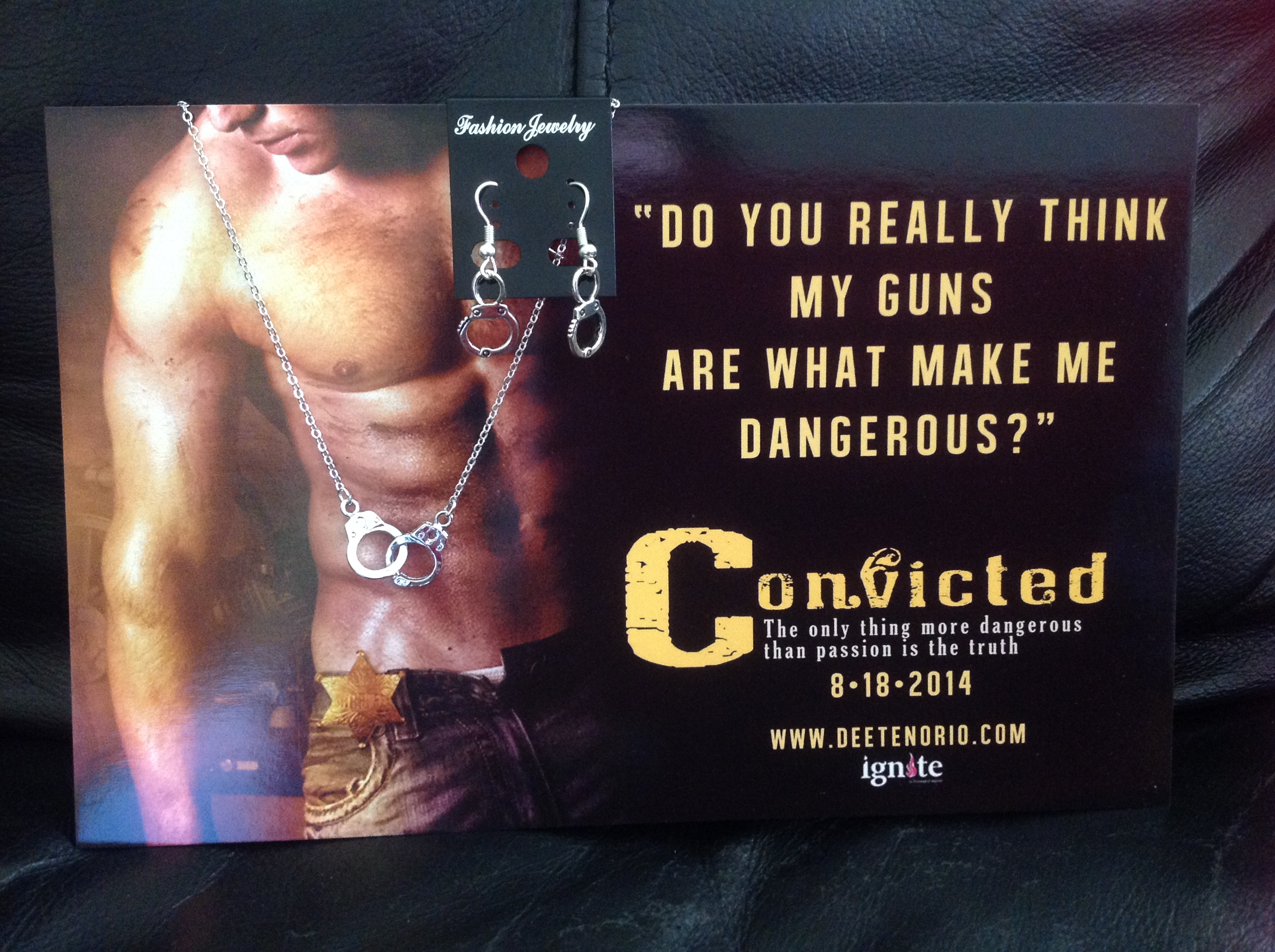 Want in? All you have to do is post!

Looking For A Few Good Fans

Well, the release of my first Entangled book is only weeks away and I’m hoping some of you might be interested in helping a girl out. I need a few folks willing to take part in some posting projects that go into effect on release day, August 18th. The first is an active Thunderclap–a fun new take on group scheduled posts–and the second is a Release Day Blitz! 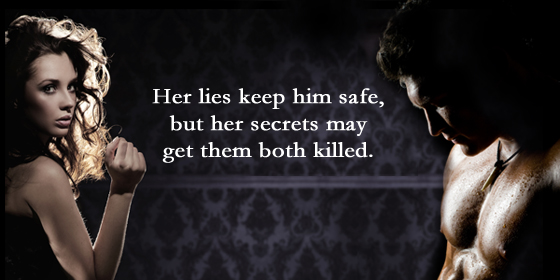 These projects won’t be without it’s rewards, however. Five random signers will be sent an ARC of my upcoming novel, “Convicted”, but to win, you’ve got to enter! Each sign up counts as an entry, and yes, you can enter for multiple social media accounts!

Join The Bad Girls Bandwagon!
Thunderclap requires 100 people to sign up, thus agreeing to schedule my post on either Twitter, Facebook or Tumblr. The post is scheduled for August 18th. The down side is, no 100 signers, no social media party. (Insert sad, depressing music accompanied by tear laden puppy eyes here)

It’s low commitment and you don’t even have to remember to do it after you sign up, the posts go out automatically. It’s like RTs, only you don’t have to do anything!

This one is a bit more intensive, but you’ll be supplied with everything you could possibly need. I’m in need of people to help blast my release day blitz! If you have a blog page or a facebook page or even just a Tumblr, I’d love for you to help spread the word. All you have to do is sign up and three days before the release, I’ll send you the post you need (already coded for your particular type of social media page), complete with images. Schedule the posts for August 18th and you’re all set!

Looking forward to hearing from you!
Dee

• Posted in Blog • Tags: Blitz, Thunderclap |  Be The First To Reply!